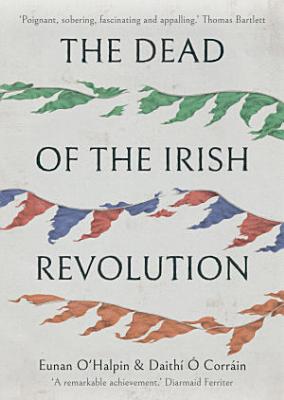 The first comprehensive account to record and analyze all deaths arising from the Irish revolution between 1916 and 1921 "A monumental new book [and] an incredible piece of research. . . . Formidable, authoritative and handsomely produced, The Dead of the Irish Revolution is a fitting memorial."--Andrew Lynch, Irish Independent "Will surely serve as the indispensable reference work on this topic for the foreseeable future. . . . A truly remarkable feat of close scholarship and calm exposition."--Gearoid O Tuathaigh, Irish Times Weekend This account covers the turbulent period from the 1916 Rising to the Anglo-Irish Treaty of December 1921--a period which saw the achievement of independence for most of nationalist Ireland and the establishment of Northern Ireland as a self-governing province of the United Kingdom. Separatists fought for independence against government forces and, in North East Ulster, armed loyalists. Civilians suffered violence from all combatants, sometimes as collateral damage, often as targets. Eunan O'Halpin and Daithí Ó Corráin catalogue and analyze the deaths of all men, women, and children who died during the revolutionary years--505 in 1916; 2,344 between 1917 and 1921. This study provides a unique and comprehensive picture of everyone who died: in what manner, by whose hands, and why. Through their stories we obtain original insight into the Irish revolution itself.

The Dead of the Irish Revolution

Authors: Eunan O'Halpin
Categories: History
The first comprehensive account to record and analyze all deaths arising from the Irish revolution between 1916 and 1921 "A monumental new book [and] an incredi

Authors:
Categories: Indexes
Indexes the Times and its supplements.